Birthdays are good for you. The more you have, the longer you live.
Comments are moderated due to spam. This means you might have to wait a while to see your comments appear. Don't panic, nothing's gone wrong and you don't need to do anything.

Being with one's own

... and coming home to oneself.

It's already several weeks since Wendy Rule came back to Murwillumbah to give a concert, after a long absence due to COVID and lockdowns and all that. She lives in the United States now, but has come back frequently, pre-pandemic, to delight her loyal followers throughout Australia – until, for many months, she couldn't.

Murwillumbah is a smallish country town (albeit the centre of a large surrounding rural district). One of Wendy's oldest friends lives just a little out of town and organises concerts for her here, finding venues, advertising the dates, arranging ticket sales, and so on. This woman is in the Goddess group I belong to, and is one of several witches in that group. For those who didn't know, Wendy herself is a witch, writes songs with a Pagan sensibility, and always begins her concerts by casting circle onstage.

I talked to a friend about attending the concert: one who, like me, is one of the elders of the Goddess circle. In our octogenarian years, we're not mad keen on going out at night any more. I'm not fond of driving at the best of times. This friend, who lives near me, often drives me to events we're both attending, but this time she was awaiting a cataract operation and wasn't keen on night driving – which I understood, remembering how distorted oncoming headlights looked before I had my cataracts done.

But this was just a gig in town, easy even at night. I realised I could drive her for a change, and pay her back a bit for all the times it's been the other way. We decided to go.

It was a wintry night, unusually cold for these parts. We wore long socks and spencers, which we seldom need, and several layers of outer clothes. We arrived in time to get a good parking spot and only had to walk a short way in light rain. The hall filled up fast – mostly women, and some men who looked perfectly comfortable in such a gathering; also a few children.

The music was wonderful! As always.

I was transported, fulfilled, immensely thankful. I felt deeply myself, in touch with my core.

My companion, who is very spiritual, very involved in earth healing, very aware of energy and the cycle of the seasons, is nevertheless not a witch. At interval she looked around and said,

'Interesting audience. There's a particular vibe here, connecting these people. I can't quite work out what it is.' I took a quick glance around and said immediately,

'Oh, it's all the local witches.' And understood at once why I had such a feeling of home-coming.

Not that I knew many faces. I found out later – because Wendy thanked them from the stage – that a number had travelled interstate from south Queensland, even as far away as Brisbane. And it's years since I've taken part in any local gatherings of witches; never any of the larger events. So if not the faces, what was it I recognised – that my companion also recognised without knowing what it was?

It wasn't their clothing. Everyone was rugged up against the cold. Some looked a bit hippyish, or a bit witchy, but not as if they'd dressed up specifically to create that look. I think we'd all just worn our normal gear for going out somewhere special on a cold night. I myself had on a wonderful purple velvet jacket over the other layers – a garment which I don't think of as specifically witchy, just something warm which also looks good for a night out. But yes, I guess our collective tastes were not exactly running to the conservative, even while they weren't flaunting the freaky. Some people, wrapped in overcoats, were even a bit drab.

As I was leaving, I had a quick word to Wendy. Her audiences respect and admire her enormously, and love her too, but we don't hold her on a pedestal like a star. She is a star, and a wonderful talent – and she's also a down-to-earth Aussie girl. She wouldn't have remembered my name, but she'd have known my face from other concerts over the years and some interactions there, so I didn't worry about introducing myself. I just leaned in and told her how wonderful it was 'that all this could happen again, and we could be here'. I instinctively put a hand over my heart as I told her it was like coming home.

There happened to be no-one else around her at that moment. She looked into my eyes and thanked me simply – clearly from her own heart.

A few days later I tried to explain that deep feeling of homecoming to a couple of friends who weren't there – how rare and special it was. They seemed a bit puzzled. One was a member of the Goddess group (not a Pagan but a Buddhist; we include many spiritualities).

'Don't you get that feeling at the Goddess gatherings?' she asked.

The Goddess gatherings are wonderful. I love the rituals, the sisterhood, the coming together, the purpose of what we do. It is indeed a kind of homecoming, and beautiful.

But no, not the same.

'Witches are very earthy,' I said. 'The Goddesses are all about light – taking it into ourselves, sending it out into the community. It's more, um ... ethereal ... on a different level.'

Not a very definitive explanation! (About either the Goddess group or witches.) But my friends seemed to get it.

It's not an either-or. I can be many things, and am.

I think it has to do with witchcraft being such an integrated, even ordinary part of my life. I don't stop to think about what I'm doing, I just do. Not much in the way of elaborate rituals – well, they don't feel elaborate to me after many years. It feels natural to honour the nature spirits, put protection around my home, speak to any guides or deities who might help with specific issues, say thank you to the Universe when it puts a beautiful feather or interesting stone in my path, blow a kiss to the full moon, sometimes cast circle just to connect more consciously with the elements, wear a pentacle somewhere on my body even if no-one can see it....

I feel it would be much the same for other members of that audience. People speak of finding their tribe. I think I have several tribes – poets, the Tasmanian-born, Whovians.... But witches are my tribe in a much more basic way. I don't even need to connect with them in person; it's just that I feel it when I do: feeling it in the way we are each, simultaneously, connecting to our deepest self. It seems I can breathe more deeply; I feel more fully in my body; I become more surely aware of my place in the scheme of things.

Some things can't be satisfactorily, logically explained. They just are. You just know.

Posted by Rosemary Nissen-Wade at 11:31 AM 2 comments: 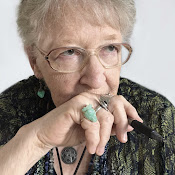 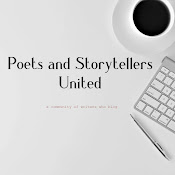 Dear Mother
Who in-dwells All That Is,
Blessed be your myriad names,
May peace and plenty flourish on your Earth.
Your Design unfolds:
As above, so below.
Thank you for the nourishment you give us,
Thank you for your Karmic laws,
Which teach us well
To put ourselves in others’ shoes.
Thank you for guiding us on joyous paths.
Thank you for protecting us
From fear and doubt and harm.
For yours is the Cosmos and all therein,
Yours is the Love that empowers our lives,
The Splendour of Creation, the Grace of Truth
Always and always,
So mote it be!